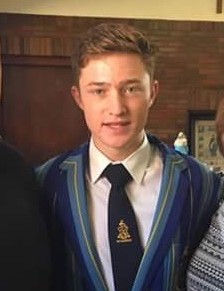 Education means inspiring someone's mind.I strive to be the catalyst to other scholar's academic success; since I have seen my siblings and peers flourish with positive tutoring and learning experiences.

I Matriculated in 2017 with 5 distinctions, and being Top 1% in IEBfor Maths and for AP Maths. I participated in the ASSA South African Mathematics Competition (2016) -Invited again in 2017.
I achieved Golden Key recognition at The University of Pretoria, which places me in the top 15% of my degree and makes me a member of the Golden Key International Honour Society

My non-academic achievements include being a Springbok Scout, earning my general honours at St David's Marist Inanda, earning the Gold Presidents Award and being on Taaibos's House Committee at Tuks.

I started tutoring in 2018. In the past years I have worked with different high school scholars and university students. During this time I have been involved with and trained by some of the top tutoring companies.
Accounting
AP Maths
EMS
Geography
Life Orientation
Maths
Physical Science
Highest Education
2nd Year BSc Actuarial Science
Currently Studying
BSc Actuarial Science